About The Singing Elf 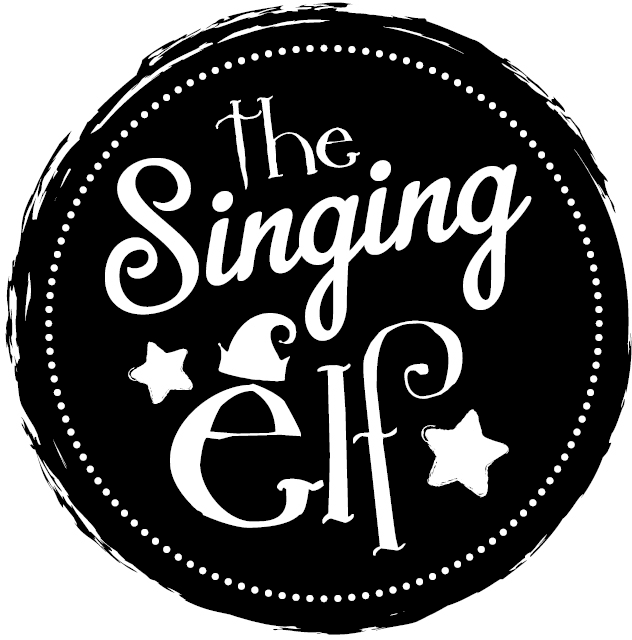 What is The Singing Elf?

The Singing Elf was founded by Director and vocal tutor Rebecca McGarvie in April 2017. Over the last four years, we have delivered an extensive singing programme across Sunderland and County Durham. Our unique brand of social-experience focussed sessions such as Pop & Prosecco, have engaged hundreds of adult singers. In 2019 we developed Durham Big Sing, a large-scale community singing event, first held at Durham’s Gala Theatre and was due to host 2000 singers in May 2020. In September 2017, our community choir ‘Unity’ was formed following a ‘Find Your Voice’ course, and has sung weekly since then. Unity has offered taster sessions and performances in and around the Coalfields and Durham City area. We have welcomed hundreds of singers to our sessions during this time, and were rehearsing weekly in Hetton prior to COVID-19.

Over the last four years we have built a team of dedicated volunteers, who support our projects on a weekly basis. The volunteers ensure all participants receive a warm welcome, and are offered individual support, both during our sessions and at home via regular contact. Our volunteers are currently receiving training to support their work with us, including mental health first aid training. Their involvement is vital to the high quality engagement we offer, and will be especially important in welcoming anxious members of the community post lockdown.

During the pandemic, we have delivered over 100 online singing sessions, including those as part of the COVID Mental Health project which have been taking place since April 2021. From surveys of our participants over the last year, we know that 73% of our participants are over 50, and 23% describe themselves as living with a long-term physical health condition or chronic illness. 36% describe themselves as living with anxiety, depression or a mental health condition, and 59% joined our activities because they wanted to socialise with people. We know that those who were vulnerable before COVID-19 are now even more vulnerable. We also know that many people who previously didn’t need any form of support have experienced a sudden and severe impact on their day-to-day life, especially those ‘long-haulers’.

Why what we do is needed

The Activity Alliance Report (Sept 2020) on the impact of COVID-19 on people with long-term health conditions states:

Singfulness is a feeling – it’s how you feel when you’re doing something for the pure joy of it and the sense of calm you get from being in the moment. Singfulness encapsulates all the good stuff you get from singing your heart out but from doing whatever makes you happy. It’s that uplifting sensation of belting out a song when no one else can hear, the satisfaction of nailing it for the very first time, the friendships made from sharing your experiences and the brief escapism from the world around us.

Inclusion
we strive to break down all possible barriers to accessibility

Wellbeing
we focus on the comfort, health and happiness of our participants

Community
we make connections, build trust, support each other and welcome all

Challenge
we dare to challenge perceptions and disrupt traditional attitudes

Inspire
we energise, inspire and unite through the power of singing & creativity 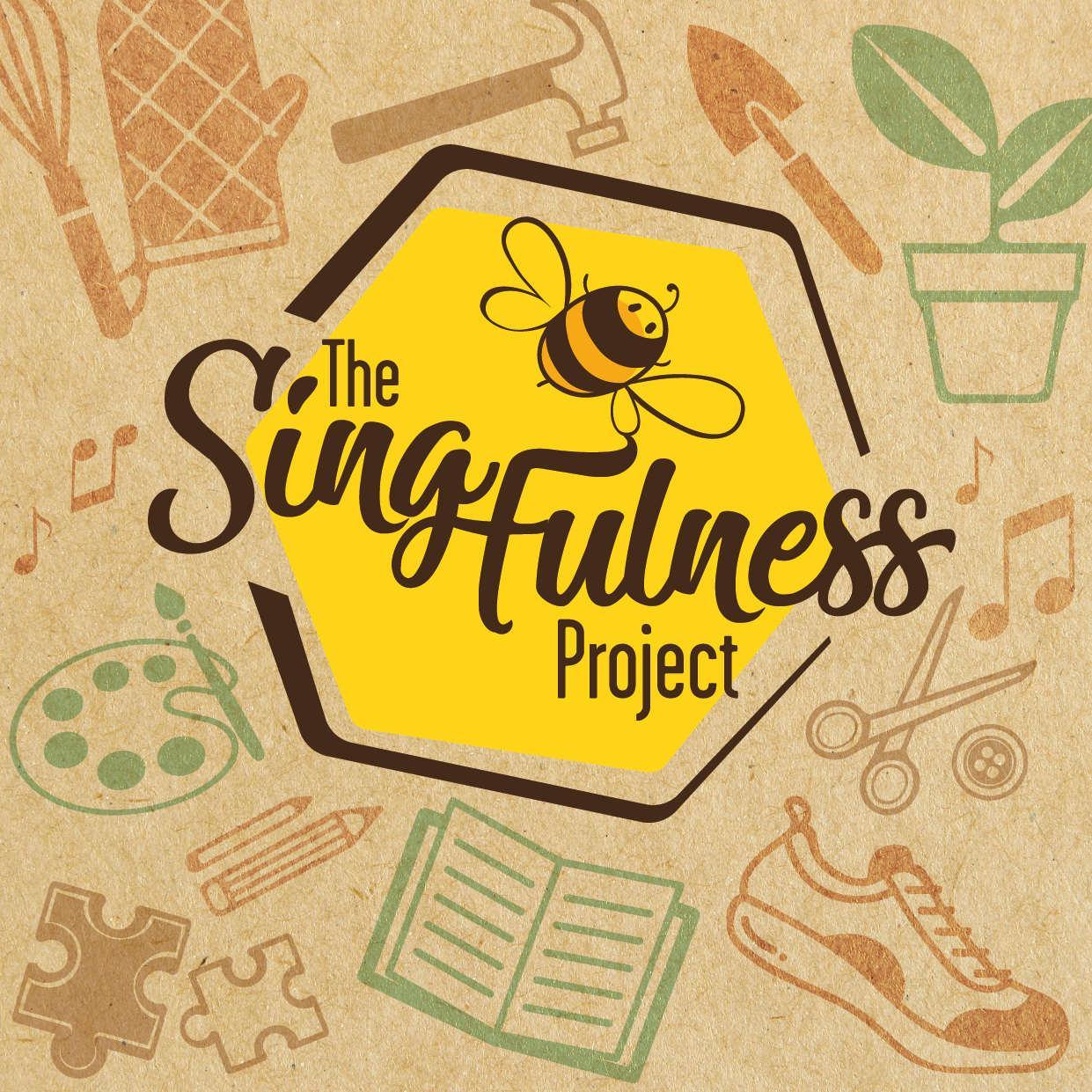 The Singfulness Project is a community arts project using singing, music and crafts to enhance wellbeing by combating social isolation and supporting both mental and physical health. The varied and flexible programme will bring people together and is designed to be accessible to a wide range of people within the constraints of social distancing. It has been informed by our experience of working with our community throughout the pandemic. The project format is agile and able to adapt to a constantly changing COVID landscape.

Our planned activities are: 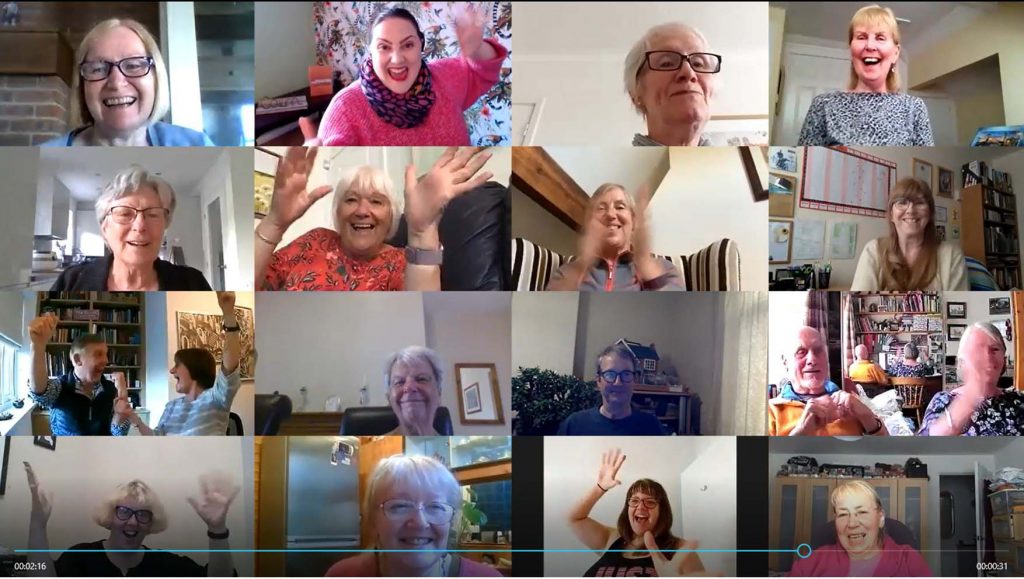 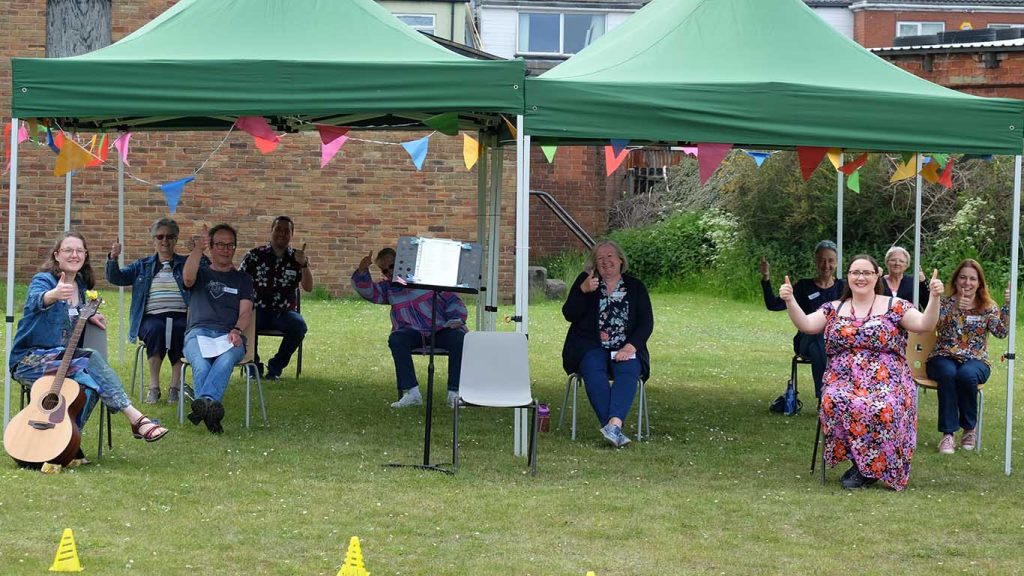 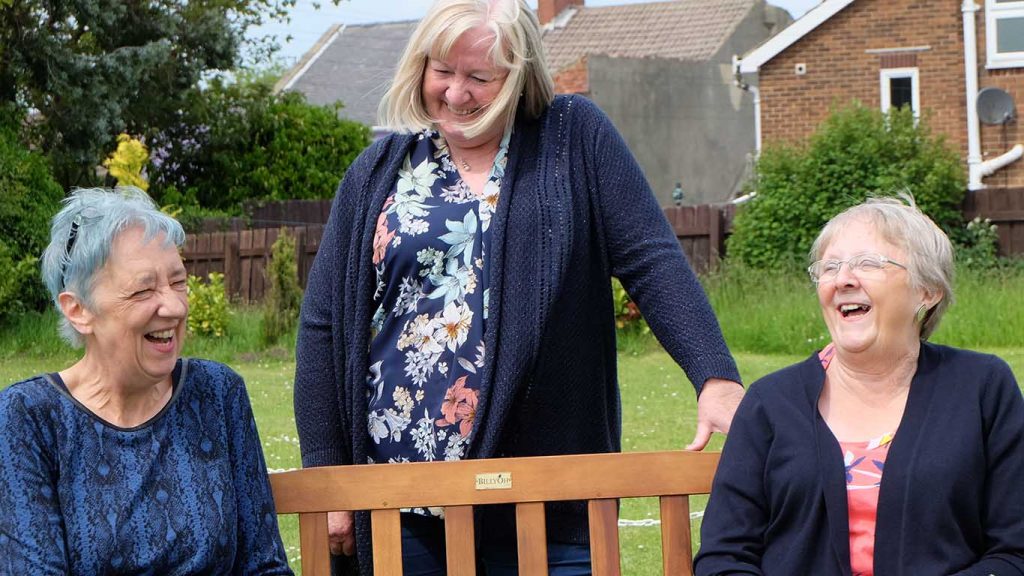 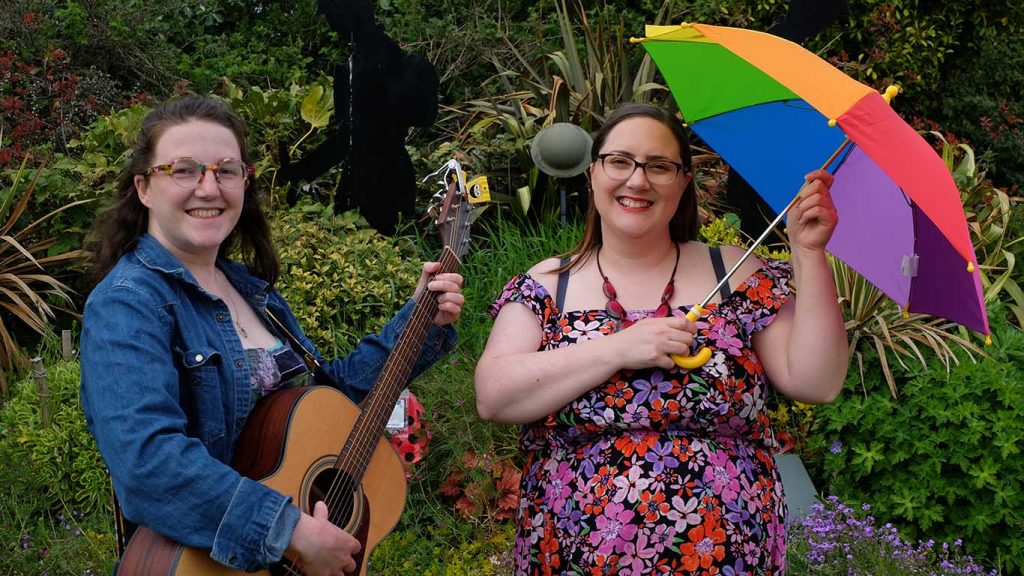 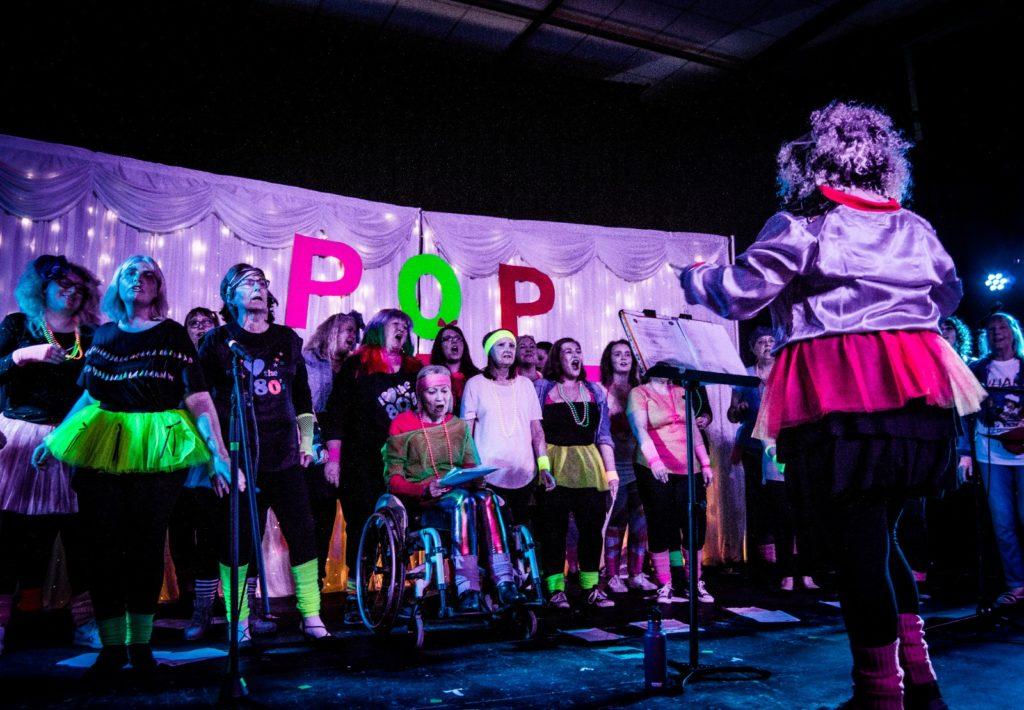 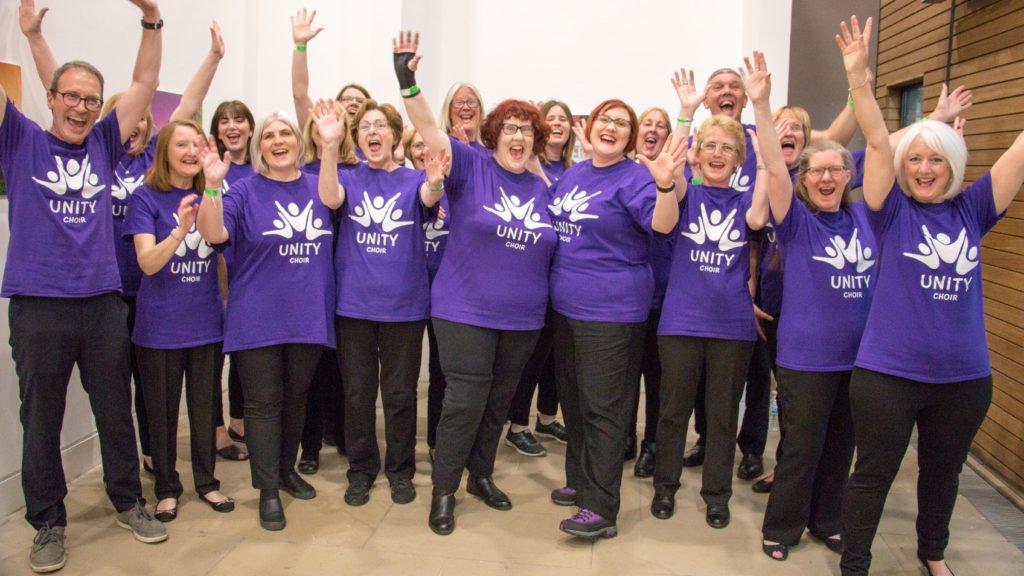 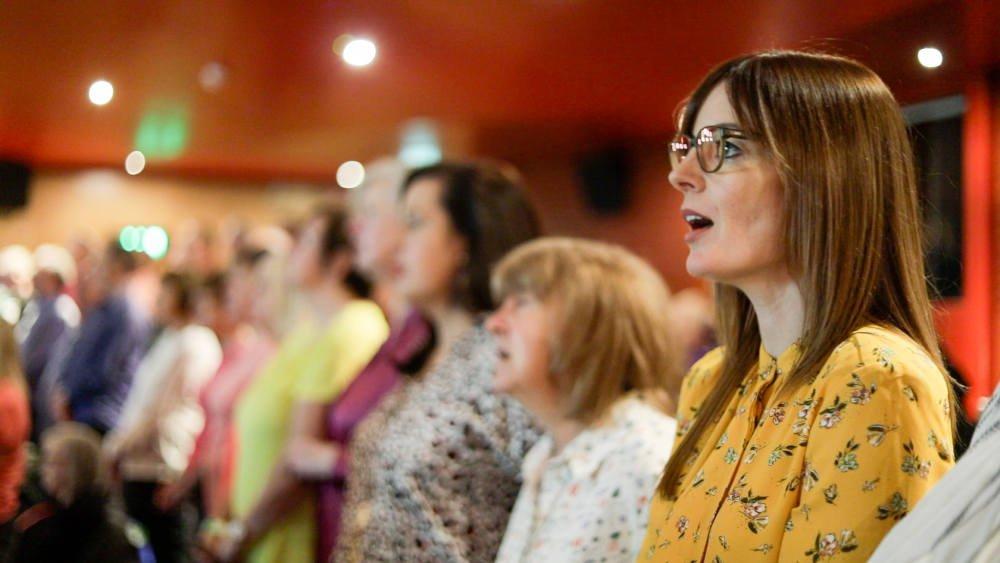 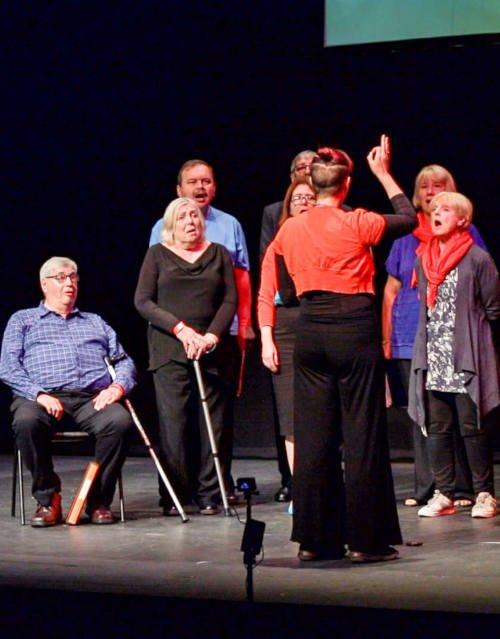 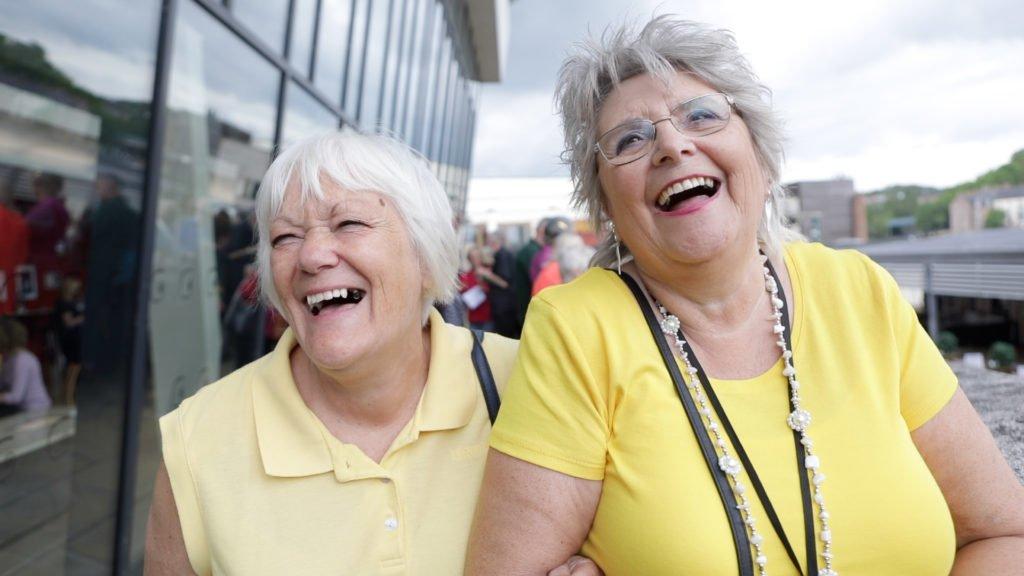 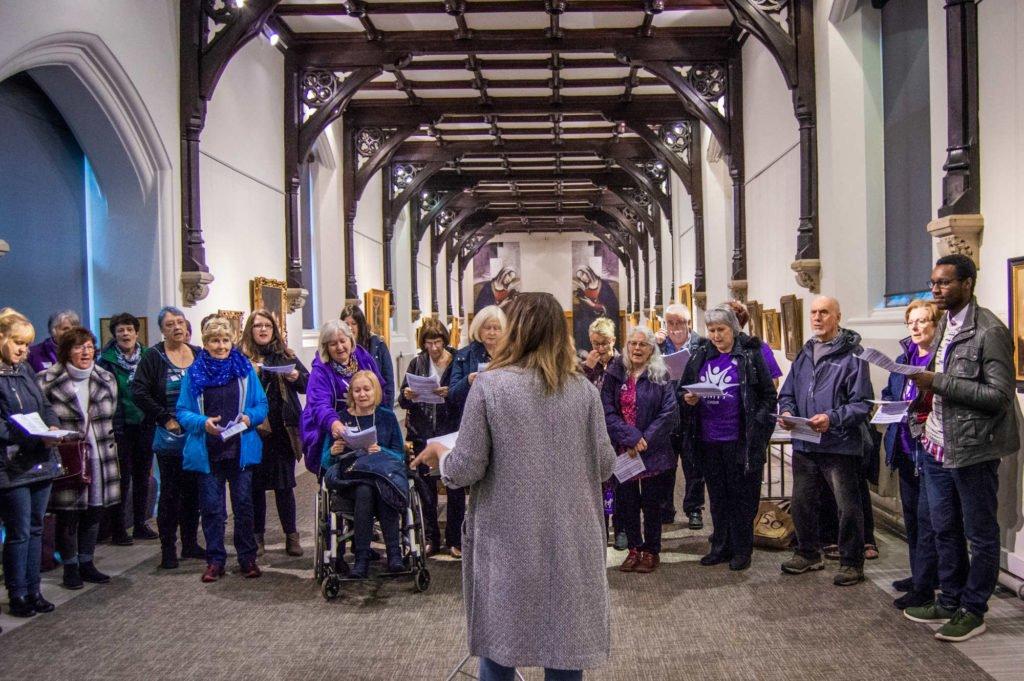 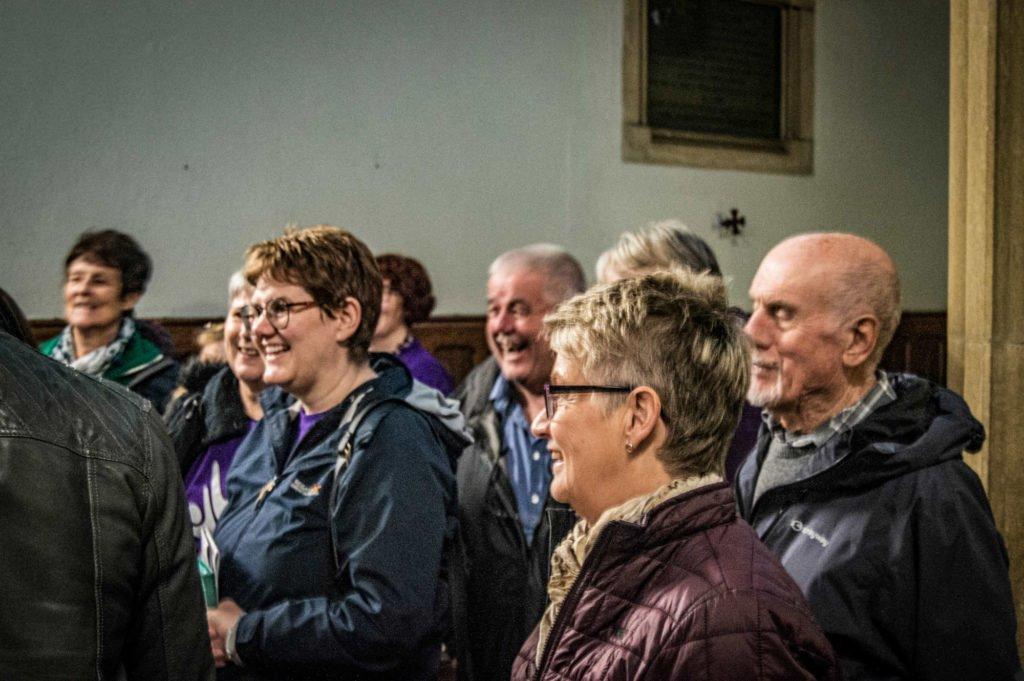 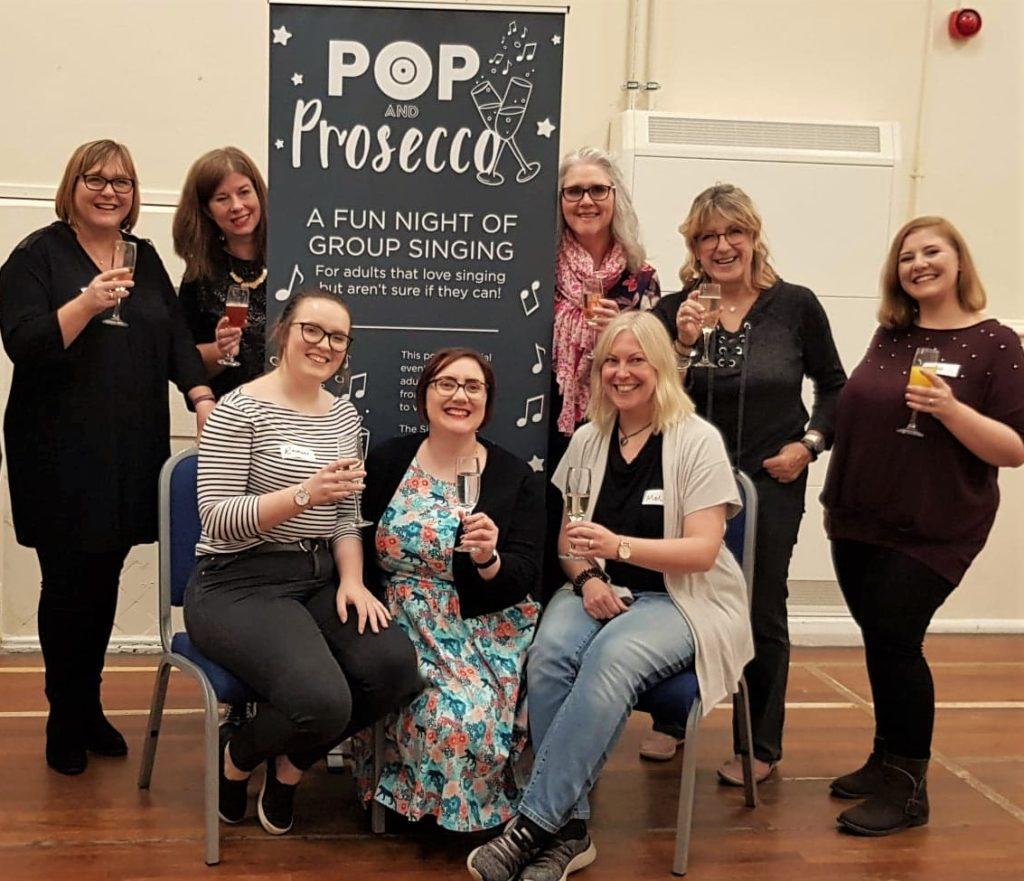 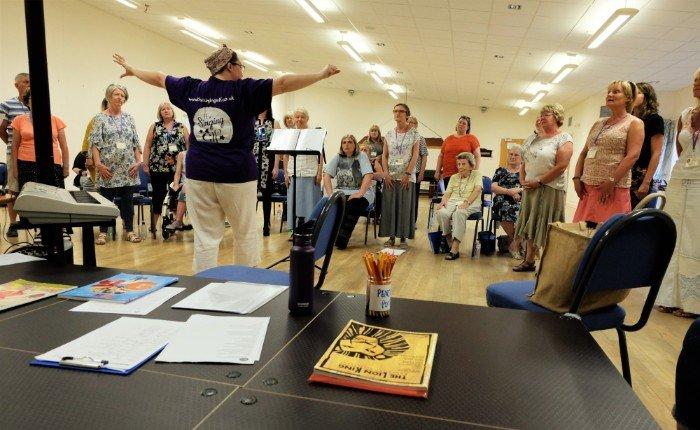 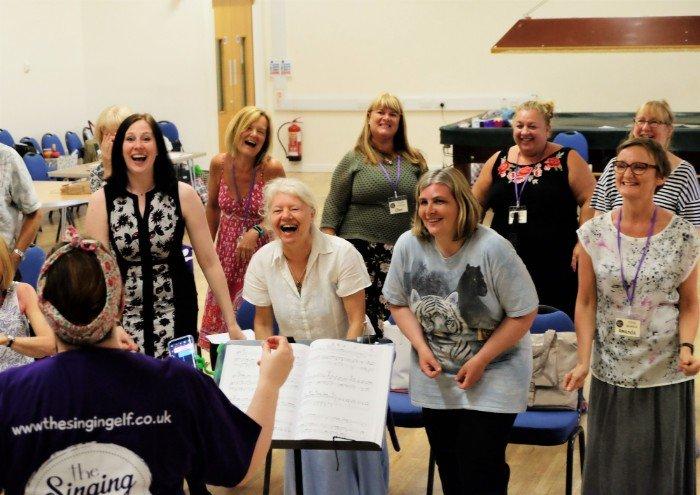 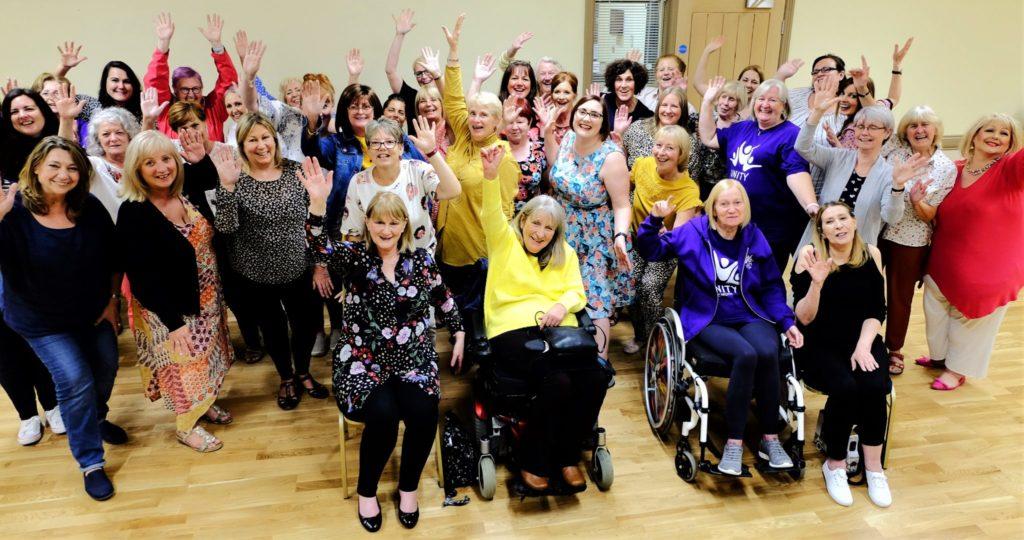 The Singing Elf is a lived experience-led organisation informed by the experiences of most of our staff and volunteers. Since being diagnosed in 2003, Director Rebecca McGarvie has lived with ME/Chronic Fatigue Syndrome and associated conditions, including Fibromyalgia, Hypermobility, IBS, Depression and Anxiety. Rebecca’s symptoms fluctuate daily but include muscle and joint pain, extreme fatigue, poor sleep, headaches, dizziness and cognitive dysfunction (brain fog), as well as the impacts of anxiety and depression. Rebecca openly advocates on behalf of people with hidden disabilities and campaigns to raise awareness through telling her story publicly. This attracts people with similar stories to TSE and often encourages those who might otherwise feel unheard to take part.

Rebecca has 20 years’ experience in leading community singing, arts, theatre and events programmes. Formerly the founder and director of Melting Pot Arts (2005-2010) and Darlington Arts Academy CIC (2010-2013), Rebecca has delivered multi-disciplinary community arts, large scale singing and youth & community theatre projects across the North East. Rebecca founded the first community choir in Darlington in 2007, which evolved over time into four independent community choirs. As a vocal tutor, Rebecca has worked with people of all ages, from early years to older people in a wide variety of settings, both in the community and at large events such as training conferences.

How we mitigate for COVID-19

We are committed to making our in-person sessions as safe as possible. We understand that everyone feels differently about their personal COVID comfort zones. However, everyone attending our sessions are required to follow our COVID safety measures in order to help protect themselves and others.

We use our website, email and social media to let our participants know what they can expect to see in our sessions, and what they are expected to consider. Click on the button below to see an example of how we do this.

How we mitigate for COVID